Restaurateur of the Year Award for 2022 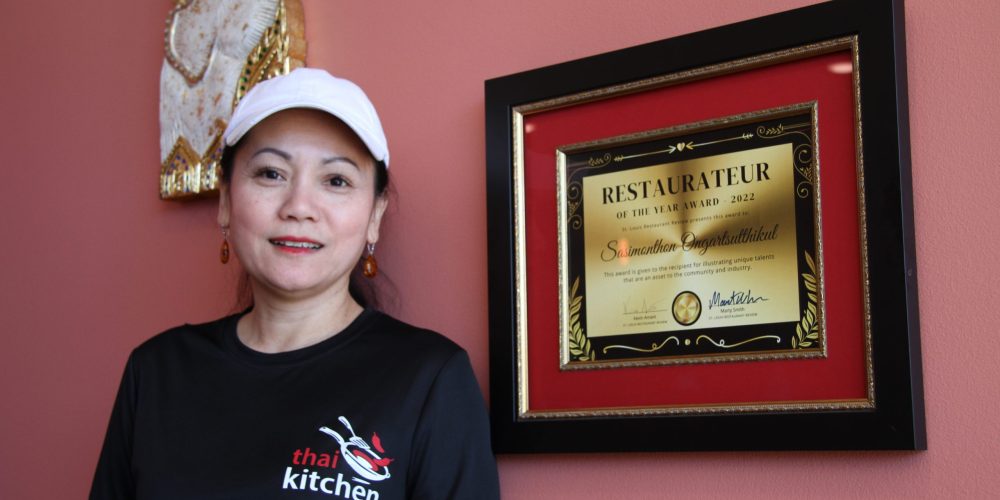 St. Louis Restaurant Review has named Sasimonthon Ongartsutthikul, a.k.a. Andie as the recipient of the “Restaurateur of the Year Award for 2022.”

Thai Kitchen has award-winning online customer reviews that would make the best restaurateurs jealous.  She opened her first U.S.-based restaurant in 1997 and since has opened and sold fifteen restaurants.  She knows the best path to success is to make the customers happy before they leave the restaurant.  The cuisines are top-rated and created using the best ingredients, mostly imported from Thailand.  Additionally, she has a great staff that helps her accomplish her goals.  Most of the employees have migrated from Thailand with the help of Andie.  It adds to the atmosphere and makes managing her multiple restaurants easier.

Thai Kitchen has four locations across the region:

The news was also featured on: